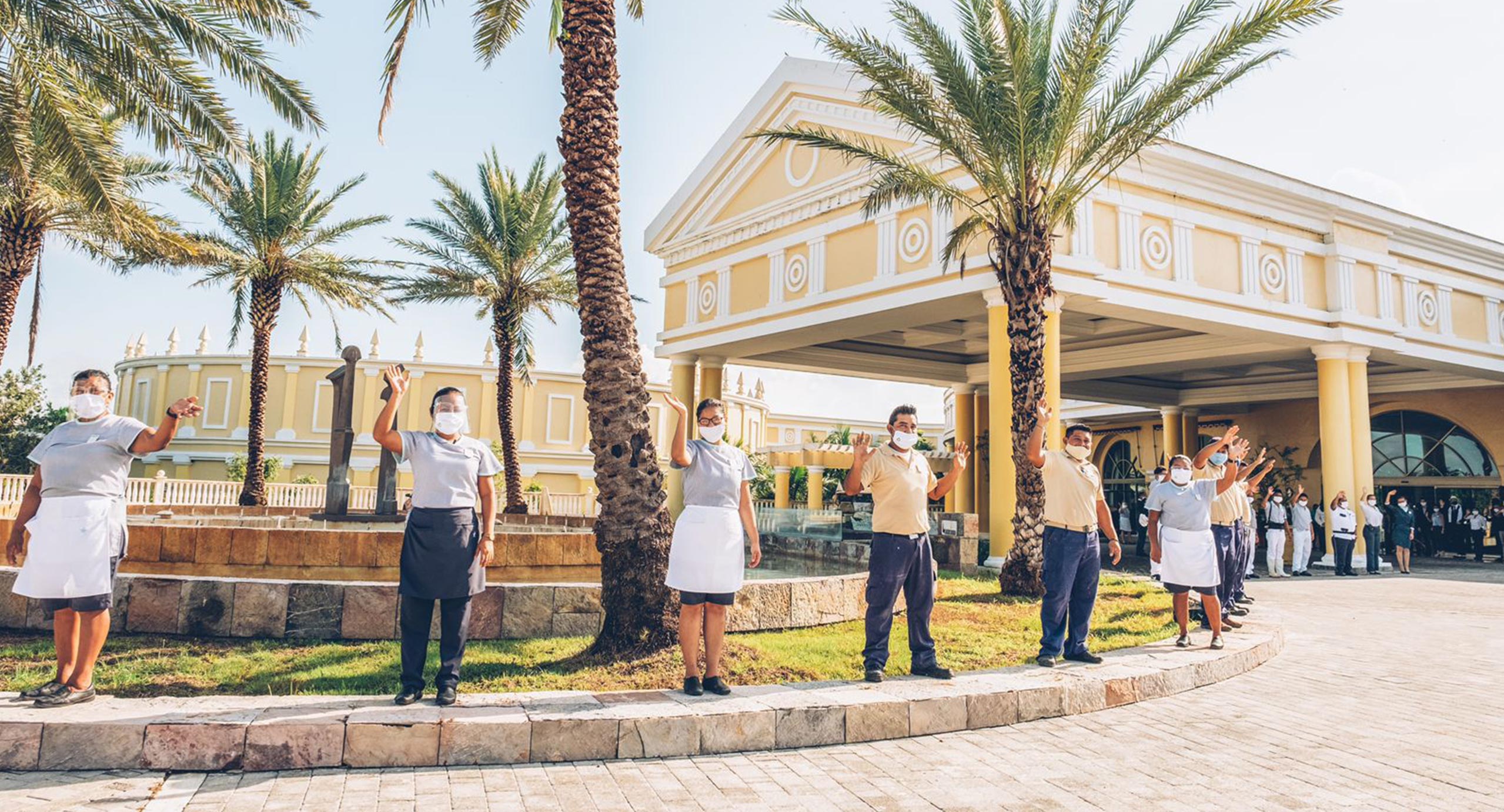 The people are the soul of the Iberostar Group

Thanks to their talent, professionalism and commitment, we improve every day and make it possible for our guests to enjoy unique experiences.

When we go to another country, they have not asked us to go there. That is why we have to respect their way of being, their customs and their particularities. 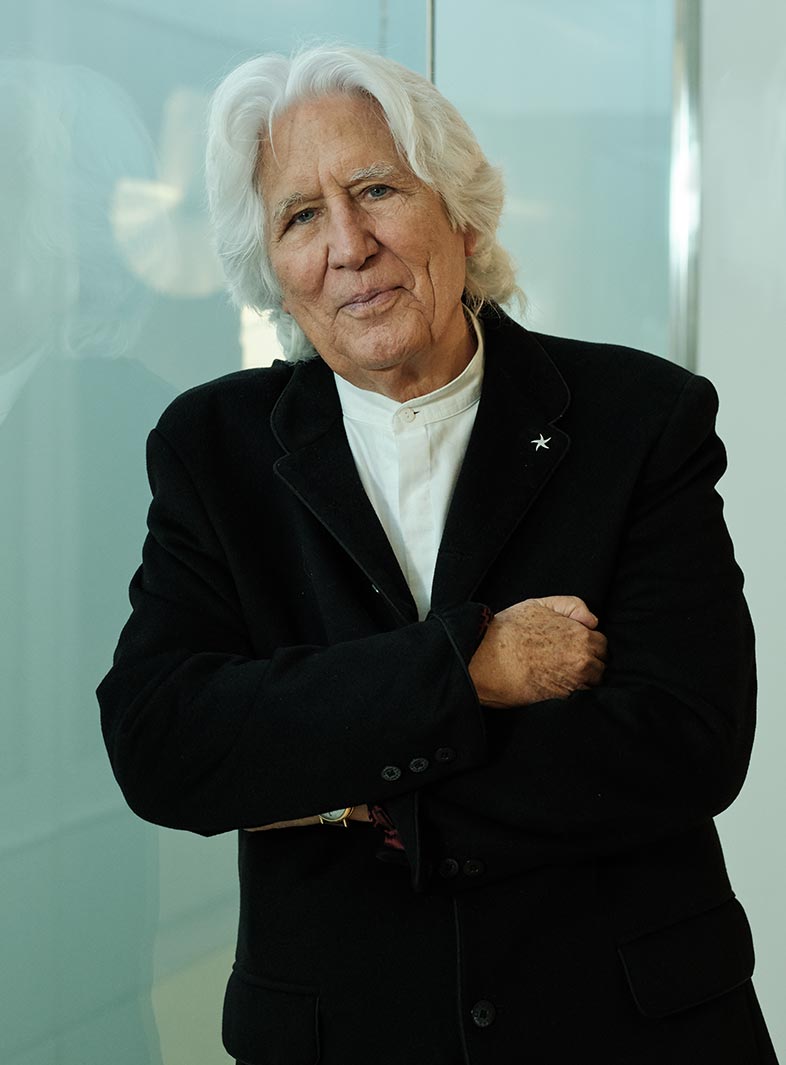 Miguel Fluxá Rosselló (Palma de Mallorca), began working at Viajes Iberia, a company acquired by his father Lorenzo Fluxà (1907-1993) in 1956, and turned it into one of the most important travel groups in Spain. In his extensive activity as a travel agent, receiving agent and tour operator, he stands out for having created one of the first Spanish tour operators, Iberojet in 1973, and for having created Sunworld in 1991, the first tour operator with Spanish capital in England, among other things.

In 1979, Miguel Fluxà started his hotel business in Spain. In 1986, he created the Iberostar brand and in 1993, he began its international expansion in the Dominican Republic. In 2006, Miguel Fluxà sold his travel group to an investment group to focus on the hotel division, Iberostar Hotels & Resorts, whose portfolio exceeds 100 4 and 5-star hotels in 16 countries around the world. 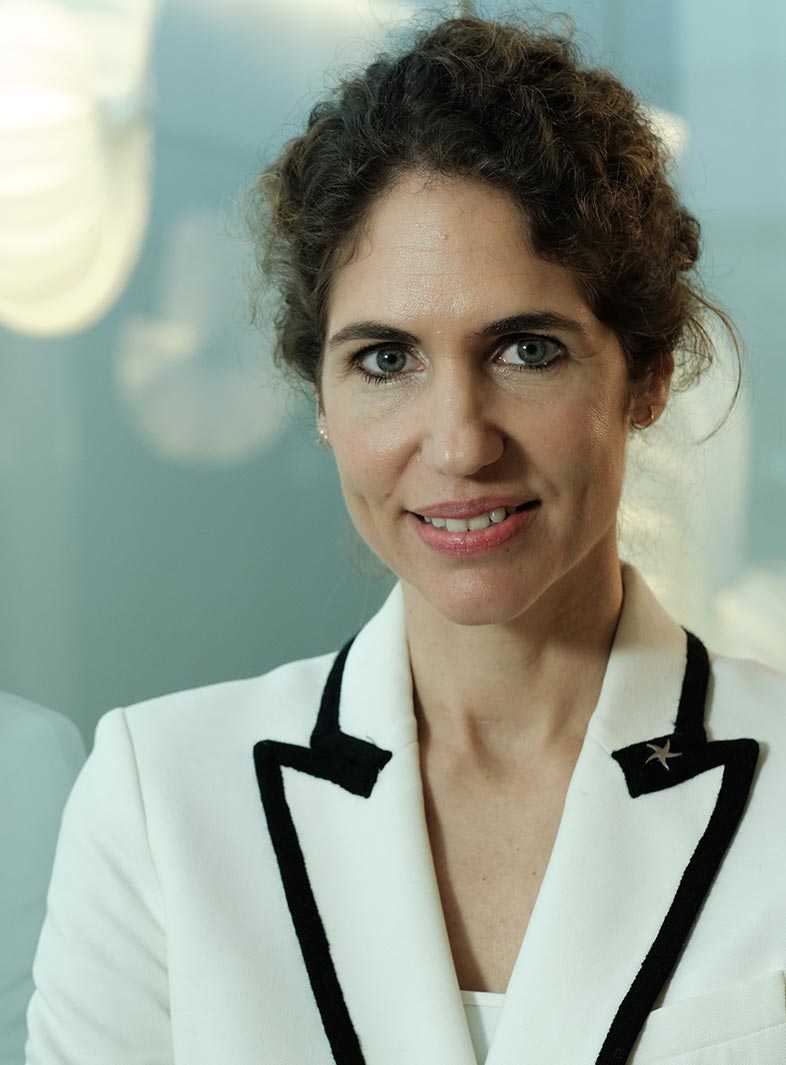 Sabina Fluxá has extensive experience in the tourism industry, innovative business and environmental, social, and governance (ESG) leadership. She is currently a member of the Board of Directors of the Family Business Institute, of the Regional Advisory Board of BBVA, and of the Governing Board of APD.

At present, the Group is an international reference in promoting a more responsible tourism business model that focuses on caring for people and the environment. As CEO of the Iberostar Group, Sabina Fluxà is leading the company’s transformation with innovation, digitalisation and talent as its catalysts.

We work every day to continue promoting a model of responsible tourism.

Now more than ever is the time to discover the potential of the tourism sector in order to innovate and reinvent itself for a resilient and responsible tourism model. 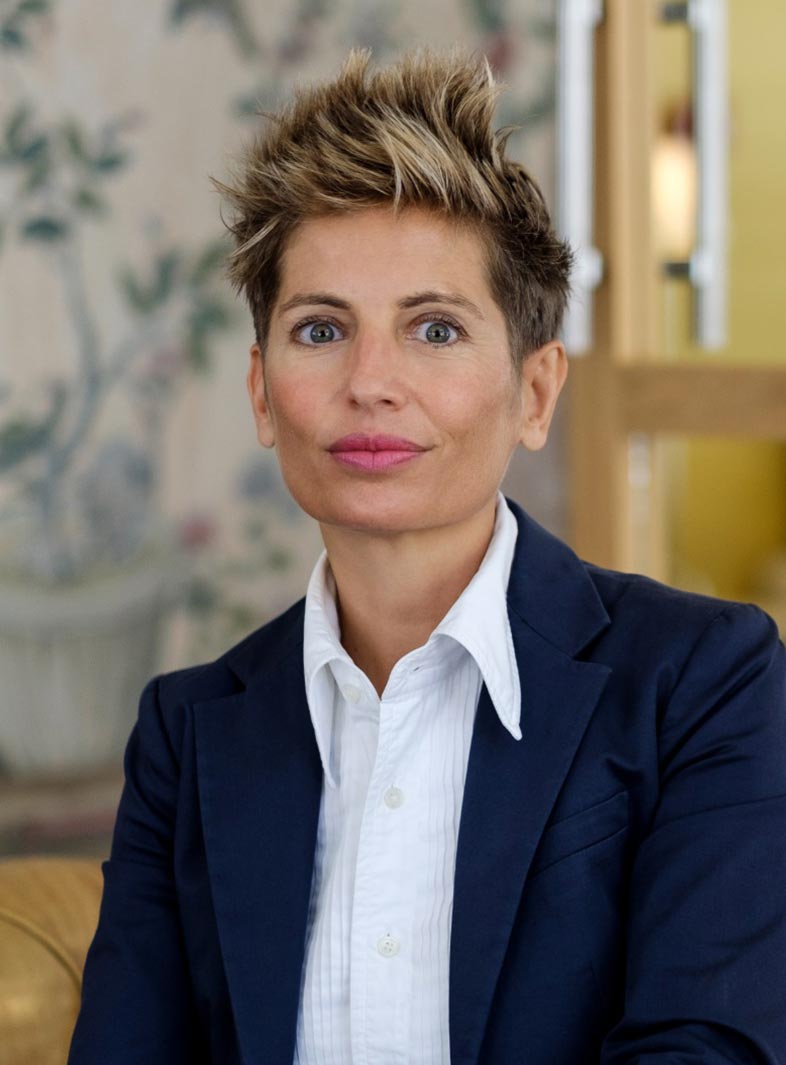 Gloria Fluxà has extensive experience in the tourism industry, innovative business and environmental, social, and governance (ESG) leadership. In 2018, she was named a “Young Global Leader” by the World Economic Forum, thanks to her efforts to drive the company’s vision towards responsible tourism. She is currently a trustee and president of the Iberostar Foundation, as well as a trustee of Endeavor Spain, a member of the International Advisory Board of EHL (Ecole hôtelière de Lausanne) and a member of the Board of Directors of Planeterra.

As Chief Sustainability Officer, Gloria Fluxà has positioned the Group as a global leader in responsible tourism, launching in 2017 the pioneering and innovative Wave of Change movement for the protection of the oceans and the environment, through three pillars: circular economy, responsible consumption of fish and seafood, and improvement of coastal health.

Our commitment to people

We are proud to be a company that lives by its values and purpose, committed to increasingly responsible tourism and the well-being of our people.

What is it like to work at Iberostar? The people are passionate, collaborative, creative, and committed to their teams, to the environment and to the company—we are one big family. Our teams are ready to achieve their goals and make a real difference in society. As part of this way of working, at Iberostar we offer you everything you need to grow professionally, and much more. This commitment to our employees is what makes Iberostar an inspiring place. 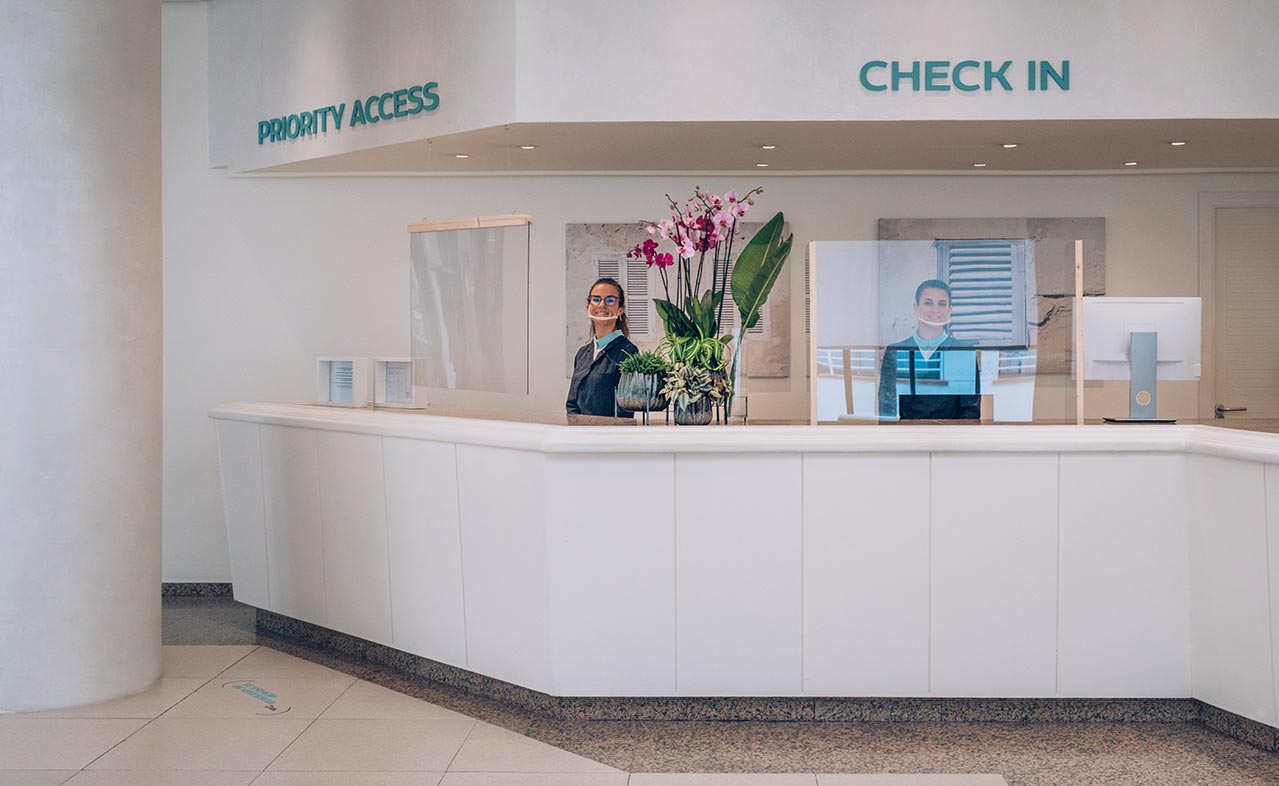 We hire with the understanding that those who come are here to stay. Always based on our values and using a family management system, our socially responsible hiring model translates into transparency in processes and the promotion of Diversity, Equity and Inclusion.

Caring and being cared for is an important part of our culture. The well-being and happiness of the people who make up the great Iberostar family are anchored in our principles, and have a positive impact on the satisfaction and experience of our guests. In this regard, we invest in and continuously develop measures to promote physical and emotional well-being through health, prevention and work-life balance programmes.

We are convinced that learning is maximised through continuous training and experience in every position we take on. We encourage the personal and professional growth of our people through feedback and a fully individualised career management model, which prioritises internal promotion and encourages the mobility of talent between departments and geographical locations. Our people benefit from the different courses available on our Iberostar Campus platform, as well as specific programmes with business and tourism schools with which we collaborate. 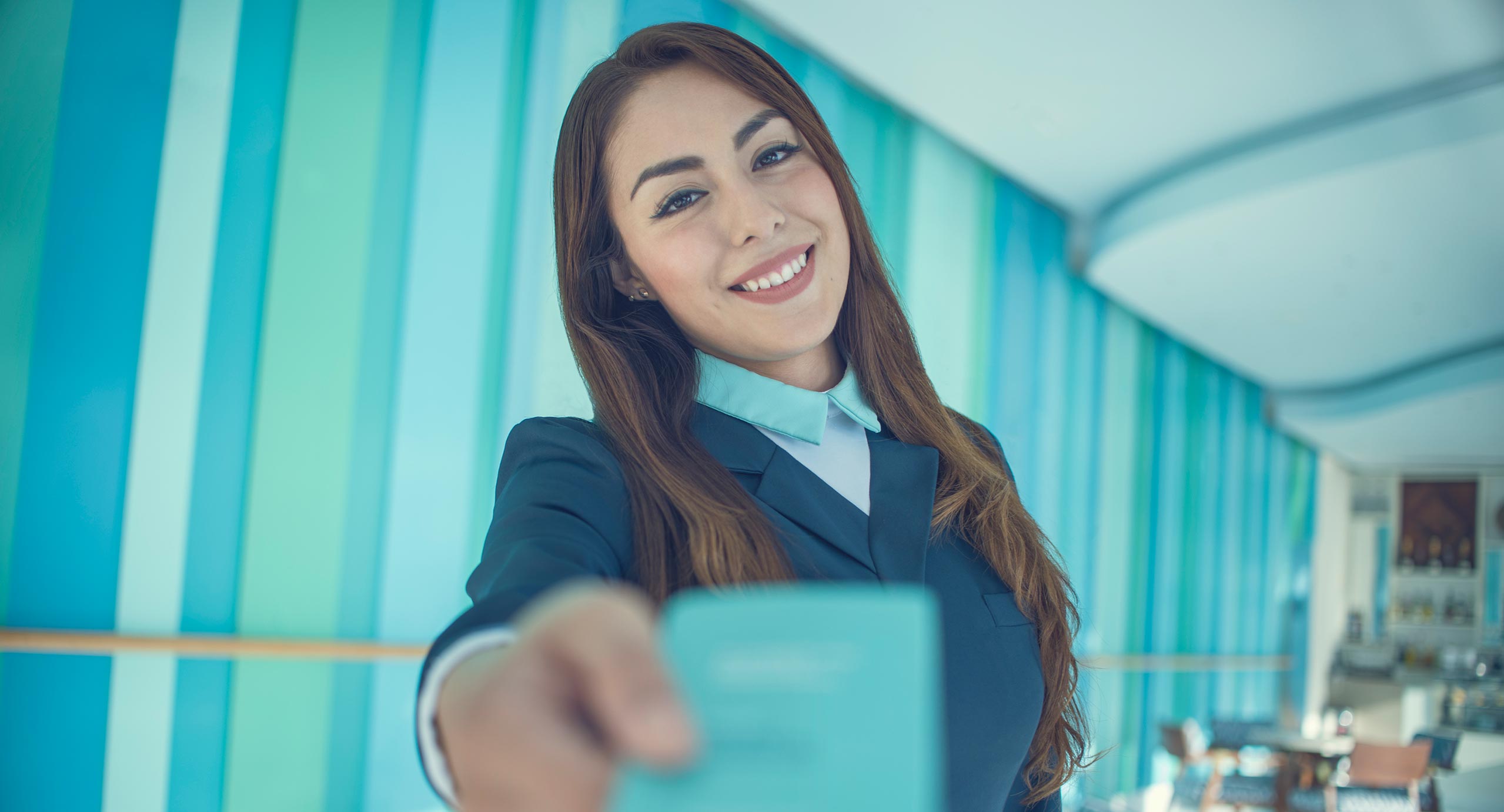